Anthroposophy is a research-based spiritual path, one of shared inquiry rather than a belief system. It encourages individuals to develop an independent spiritual orientation that finds fulfilment through creative, social and practical initiative. It is a path of knowledge that embodies the search for the spiritual in ourselves and in the world.

The word ‘anthroposophy’ comes from the Greek (anthropos meaning ‘human’ and sophia meaning ‘wisdom’). But ‘anthroposophy’ can also be simply described as  ‘consciousness of our humanity’.  Although the term was not coined by Rudolf Steiner himself, he applied it to his spiritual philosophy and it has become virtually synonymous with the movement.

Anthroposophy provides impulses in all cultural fields. Globally, there are thousands of institutions and initiatives inspired by the Anthroposophical movement: colleges, schools, creative arts trainings, curative education, social therapy, residential homes and workshops; health clinics, medical practices and pharmaceutical companies; biodynamic farms and training; banks; businesses; art schools, drama and movement groups; and countless other projects, programs and groups of people working together. They are all connected by their aim to apply spiritual understanding to their work in fruitful and humanising ways.

About the Anthroposophical Society

The Anthroposophical Society in Australia (ASinA) is an organisation whose members aim to foster the life of the soul in the individual and in human society on the basis of an understanding of the spiritual world.

It is one of about seventy branches world-wide of the General Anthroposophical Society founded by Rudolf Steiner in Dornach, Switzerland, in 1923. You are invited to consider membership of the Society if you are interested in supporting this aim.

The General Secretary serves as the spokesperson for the Society at home and in the international Anthroposophical movement. The responsibilities of this role are supported by the Management Committee of the Australian Society, with whom the General Secretary works closely. Find out more about the Society in Australia and the role of the general secretary.

The Society welcomes individual members to the national body and recognises the 11 branches as state and regional hubs of community and member activities.

The Society also supports the School for Spiritual Science in Australia.

What is Spiritual Science? 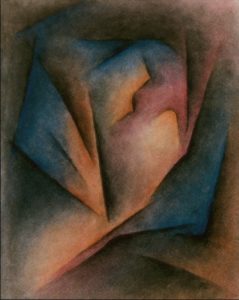 Spiritual science is form of research that enables us to reach a deeper understanding of reality, beyond the boundaries and limitations of the physical world perceptible to our everyday senses.

Spiritual science presupposes that behind what is visible in the natural world, there exists an invisible world, concealed from our ordinary senses and the type of thinking that is bound up with these senses. The term ‘supersensible’ is often used to describe such research.

It also maintains it is possible for us, through the development of new faculties slumbering within us, to discern this hidden world. Such research should not be considered as having its basis in clairvoyance, in paranormal experiences that invariably arise spontaneously (uncontrollably) out of the subconscious. Rather, it arises out of development of new faculties that are consciously attained, ones that can perceive beyond the boundaries of the natural world into the supersensible one. This research is nevertheless still scientific in nature, in that it is structured and systematic in approach, applying the same principles as we use to investigate the physical world.

You can find out more about a spiritual approach to science in Rudolf Steiner’s book Occult Science.

About the School for Spiritual Science

The School for Spiritual Science in Australia is the esoteric heart of the Anthroposophical Society. It is  a schooling path for spiritual scientific research, meditation and study.

The task of the School of Spiritual Science is to conduct research in the sphere of the spirit and to offer encouragement, coordination and further training in fields with an anthroposophical orientation. First, you join the General Anthroposophical Section; then you may also join one of the sections that relate to your professional work and interests.

Anyone who has been a participating member of the General Anthroposophical Society for a period of time who has carried out an heart-felt self-reflection in relation to the commitments outlined above can apply for admission to the School.

Find out more about the School of Spiritual Science and Section work.

About Rudolf Steiner and Anthroposophy 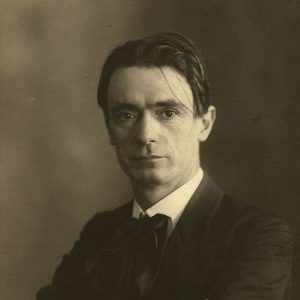 Rudolf Steiner circa 1905. Source unknown, distributed under a CC BY 2.0 license.

Rudolf Steiner was a philosopher, scientist and Goethe scholar. He was born on 27 February 1861 in what is now Croatia and died on 30 March 1925 in Dornach, Switzerland in his studio at the Goetheanum, the administrative centre of the worldwide Society.

As a social reformer guided by profound spiritual insights, he offers a unique understanding of the breadth and depth of human experience. His lectures and books are filled with ideas relevant to many areas of soul and spiritual development as well as to practical activity in all walks of life.

During his lifetime, Steiner gave thousands of lectures, many now available as publications, and authored several books, including four foundational works available in a variety of editions and translations.

Steiner is considered the founder of Waldorf (Steiner) education, biodynamic agriculture, anthroposophical medicine and inspired a new movement for religious renewal. He initiated new approaches and perspectives on scientific investigation, pedagogy, medicine and agriculture, which have entered our contemporary spiritual heritage as inspirations to personal development, professional practice, research and practical activity. He also inaugurated new impulses for the visual and performing arts, including a new art of movement called eurythmy and creative speech and drama.

You can find his chronological biography here.