The Anthroposophical Society About the Society and its management

About the Anthroposophical Society

The Anthroposophical Society in Australia (ASinA) is an organisation whose members aim to foster the life of the soul in the individual and in human society on the basis of an understanding of the spiritual world.

The Australian Society represents all members and friends of the the Anthroposophical Society in Australia (ASinA). The Society welcomes individual members and recognises varied groups from across 11 different regional branches. The ASinA supports the School for Spiritual Science in Australia. Australia is one of seventy-eight branches world-wide that form part of the General Anthroposophical Society founded by Rudolf Steiner in Dornach, Switzerland, in 1923. You are invited to consider membership in the society if you are interested in supporting this aim.

About the General Secretary of the Society 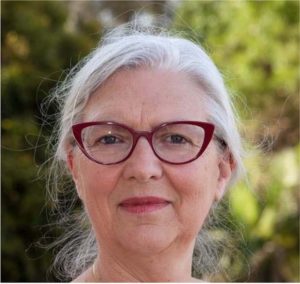 Jane Bradshaw has held this position since August 2020. She regularly meets with members and colleagues around the country and the world. She holds national and international dialogues with branch coordinators, Class holders, with the leadership at the Goetheanum and with other national secretaries.

You can listen to a recent interview with Jane about what is means to be a general secretary of the Society and read her reports and reflections over the past 18 months here.

Jane is also a specialist nurse, currently training in anthroposophic nursing in New Zealand (online). Born and bred on the island of Tasmania, the southernmost state of Australia, she has been a member of the Anthroposophical Society for more than 25 years.

For more about Jane herself, you find a brief biography here.

How is the Society managed?

The Management Committee, in partnership with the general secretary, acts as the executive body of the Society in Australia and is responsible for the management of society events and activities at the national level. The committee sees their overall purpose as being ‘in the service of the healthy evolution of Anthroposophy’.

The committee works to ensure the Society in Australia is visible and relevant in the world, as well as encouraging the growth of local initiatives in support of anthroposophy.

The current constitution of the ASinA is available here.

The Management Committee is also responsible for the allocation of grant monies via the General Grant Fund. Please look here for more more information about funding.