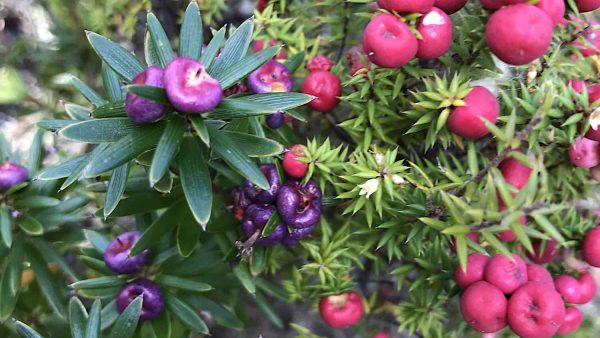 A reflection on the nature of the English language

To our community, members and friends,

I recently had the pleasure of speaking about the nature of the English language, with the English-speaking group of the Goetheanum’s Council of Countries. We were discussing the current and future role of this group.

We had previously heard some of the history the English speakers’ group meetings, an initiative which began with Virginia Sease, emeritus member of the Executive Council of the Goetheanum in Dornach. As these meetings grew in influence, they began playing a major role in the worldwide Society networking. This led to much improved relationships between the Goetheanum and the country representatives, in particular in the participation of English speakers. 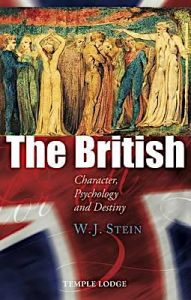 As part of my preparation for this short address I consulted two books: The English Spirit, by D. E. Faulkner Jones and The British Character, Psychology and Destiny by Walter Johannes Stein. During this process I gathered many interesting insights into the history of the English folk soul, through poets and other writers, and into the development of the English language.

Clearly English speakers have spread their influence across the world. With their love of exploration – converted often into colonisation – they ended up exporting materialism as part of their soul task, as manifested in the physical world.

Faulkner Jones describes the English language as ‘the universal language of the Spiritual Soul’, as the bearer of humanity’s present. Its distinctive sentence framework and verb placement allow for a more open transfer of the ‘thought’ between people. And the proximity of subject and verb can mean the language is not as ‘controlling’ as other languages. The listener is left free to meet it, as the words of the speaker are not forced on them, so to speak.

The English conversation has the ability to stretch around itself. Being ‘open’, it therefore needs adequate time to develop a conversation. This presents an opportunity for a meeting in between. Perhaps this is a unique quality of the language.

My personal experience of language

Having come up with more questions than answers during my reading, I turned to my own experience.

My Australian background means I was born into the English language but on the other side of the world, 17,000 kilometres from British soil. The British colonised my homeland, the southern island State of Tasmania,  220 years ago. In Australia, the English language was imposed upon the native people. British colonialists, placing little value on the ancient wisdom of our Aboriginal peoples and their language of 250 dialects nationally, pushed it underground.

However, recently a step has been taken towards healing.  ‘Acknowledgements of country,’ whereby the original people and their traditional ownership of the land on which participants stand, have now become widespread at the beginning of meetings and conferences.

In my childhood home of Tasmania, I breathed its salty air, one rare similarity with England. This remained my whole reality until I travelled abroad in my twenties. Until then, I had never even heard another language spoken. I was in my thirties when I first met the words of Spiritual Science that Rudolf Steiner brought to humanity. I realised how limited my vocabulary had been til then and I welcomed the challenge of expanding it. Fortunately, Steiner’s lectures have been beautifully translated into English, many quite soon after he delivered them.

However, the English soul – and language – still dominates current social attitudes in Australia, with Chinese, Arabic and Greek the next most commonly-spoken languages. Although English is the only language I speak, I do know that every language brings a quality into the room, so I welcome the opportunity to experience the unique contributions that come through other peoples’ languages. One can sense that the language spoken influences the mood of the conversation. 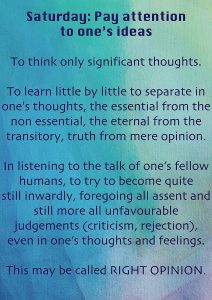 But what of the maturity of the speaker and listener? Beyond the characterological disposition?

Beyond the ‘already-listening-and-responding script’ that humans bring to the conversation?

What do we bring to a meeting of other and self? Are we truly open?

Is our communication an exchange of commentary or a real conversation exploring possibilities?

Is there a possibility of something new arising in the space created?

Can I listen beyond the words, to what lives and weaves in the spaces in between, in a realm of the unspoken, where I can sense and develop a deep interest in the other?

Can I recapture that original depth of interest, the ‘interesse’ (what lies between)?

The task of humanity

Entrusted to the Anthroposophical Society is a cosmic task of humanity: to bring people together, not just for lectures, but for the development personal relationships. This development within and between souls not only builds our individual moral soul disposition but contributes to earthly society. It prepares us for the super sensory world, thus enabling tangible relationships with other souls between death and rebirth.

May we through our feeling hearts and conscious thoughts find direction to do good and moral deeds in the world. To love all humanity.

When we know that Christ’s etheric body develops out of human feelings of compassion and love, the biblical statement: ‘What you have done to the least of my brothers, you have done to me’ becomes very real indeed, because until the end of the Earth phase of evolution, Christ will shape His etheric body out of human compassion and love (Rudolf Steiner)∗

May English be the universal language that can assist to create the essential human bridges across the apparent abyss of cultures and lands?